Since 2013 are boats have been doing special itineraries to the deep South and back to be able to get away from the crowd and offer clients, particularly repeat clients something different from the classical central routings. These routings take place during peak high season (February/March/April) when the currents are at its strongest and visibility at its best to enjoy the abundance of sharks the Maldives has to offer. Most of the dives will be so called channel dives, whereby the diver descends near the corner of a channel, hooks on and enjoys whatever the current brings varying from sharks, eagle rays, Napoleons etc. Because these itineraries involve a lot of traveling, there will be a extended cruise range charge and there will be a need for a domestic flight, either to join the boat or to return after finishing the trip. These trips have become so popular that they are in high demand and booked out well in advance.
1

This trip will start in Male atoll after which we cruise to South Ari atoll in search of the whale sharks and Mantas. Then the trip continues via Vaavu atoll which has an excellent night dive with nurse sharks on to Meemu for possibly some more mantas and good channel dives. Following we will stop in Thaa atoll where we will be looking for hammerheads and hopefully have a night visit of a whale shark at the back of the boat! Then onto Laamu, known for its channels/drift dives and the opportunity of seeing big schools of fish. The coral is less exciting here but the fish life makes up for it with the correct currents. Ultimately the trip will end in the big atoll of Huvadhoo, remote and unspoilt. Huvadhoo is a large atoll just 13 miles north of the Equator, with lots of channels leading into it from the ocean. This makes for wonderful, and hugely exciting dive sites. Some of the sites are swarming with sharks and sometimes juvenile and adult tiger sharks are seen. At the end of the trip you will fly back by domestic flight from Kooddoo airport to Male. The trip will offer 3 dives a day, weather depending and is only suitable for experienced divers.
2

The Maldives – the world’s most abundant home of ‘friendly’ sharks. There have been no reports of shark attack since 1987, when a local, out snorkeling for lobster, found a nurse shark and tied its tail in a lasso, receiving a nip on his thigh in return. There are hundreds (maybe thousands) of grey reef sharks in the Maldives, none of them dangerous. Yet in the Pacific, the same species is known to attack humans.Here, there are white tips, black tips, greys, nurse sharks, silky sharks, leopard sharks, hammerheads, whale sharks and down South in a particular Atoll/island called Fuvahmulah just past the equator thresher shark(s) and tiger sharks are regularly spotted. Maldives has probably the most diverse shark population in the world. Until recently, the only shark protected in Maldivian waters was the Whale Shark. However, on March 9/ 2009, a law was passed banning all shark fishing in the Maldives. Conservationists are very optimistic that this will dramatically impact the shark populations around the Atolls.

For even the most dedicated shark divers, the oceanic thresher shark has for years been a rarely-seen spectre. Threshers are widespread in the tropical and sub-tropical Indo Pacific, but are rarely seen by divers. They are deep-water sharks, spending a lot of time down at a few hundred metres. They belong to the same group as great white and mako sharks – collectively known as ‘mackerel sharks’. They have pointed, cone-shaped heads with small mouths that extend back beyond the eyes. The pelagic thresher (Alopias pelagicus) is one of three thresher species classified. All three have a characteristic asymmetrical, scythe-shaped tail that is almost half the length of the body. Their bodies are stout with long, narrow pectoral fins and small dorsal and anal fins. They are known to grow to at least 3.5m. They have been seen herding fish and squid and then stunning them with their long, whip-like tails. Like other mackerel sharks, threshers are warm-blooded, keeping their bodies at higher temperatures than the water around them by controlling heat loss using a counter-current heat exchange system. Threshers can probably achieve similar speeds to the fastest shark in the oceans – the mako. Threshers are the Ferraris of the shark world! Their long tails and streamlined bodies clearly adapt them for high speeds.

The Tiger Shark is the second largest predatory shark in the world, after the Great White. The Tiger can be identified by his tiger-like stripes on his upper body and sheer size – Tiger Sharks measure up to 9 feet long. To see a Tiger Shark while diving is a real treat, but divers are well-advised to swim away from the shark quietly and without panicking.

Day 6: 1 dive in Vaavu, cross to Meemu and do 2 dives. Night spend anchored.

Day 9 – 10 : 5 Dives in Gaaf Alifu ( all diving we do in Gaaf Alifu are deep dives and channels only). Possibility for whaleshark at night. Day 11 Midnight cross to Fuvahmulah (5hrs) 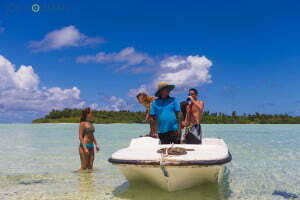 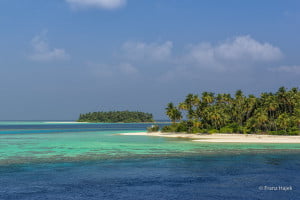 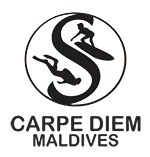 Safe 20% on the following guaranteed departures

Payment conditions:
10% deposit required only, refundable in case bans from either country are still in place. Balance payment 60 days before start of the trip.

For 2021, we have our regular discounts as described below, for over 6 months in advance 10% EBB.

This special FIT discount can’t be combined with any bookings that currently need rescheduling or other regular discounts as mentioned below.