Another whale shark rescued in the Maldives

On the night of the 3rd of November the Carpe Vita liveaboard was anchored at a place in Thaa atoll where often whale sharks come and feed at the back of the boat on plankton attracted by the bright lights.  Whale shark “Kessum”, logged in the database of the whale shark research team under WS113 […]

Another rescue of turtles tangled in netting 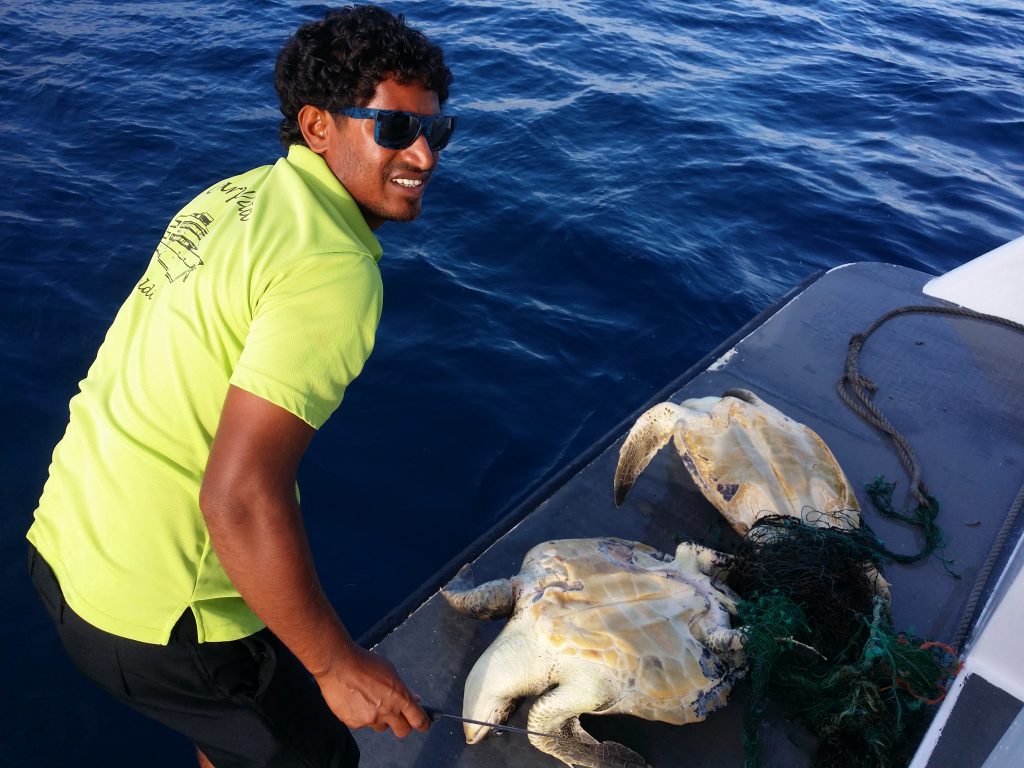 Human polution endangering Maldivian sea life On 21st of December while guests were out diving near Rasfari in North Male atoll, the dhoni crew spotted another ghost net with litter floating on the surface. Upon closer inspection they discovered two turtles entangled in it. It was not clear how long the turtles had been trapped, […]

SHARK RESEARCH INSTITUTE Certificate of Excellence Best Shark Dive Operations While some Shark Research Institute research expeditions are open to sport divers, the Shark Research Institute receive many calls from members who, due to time constraints, are unable to participate, and ask for guidance in choosing dive operators with excellent safety records for both divers […] 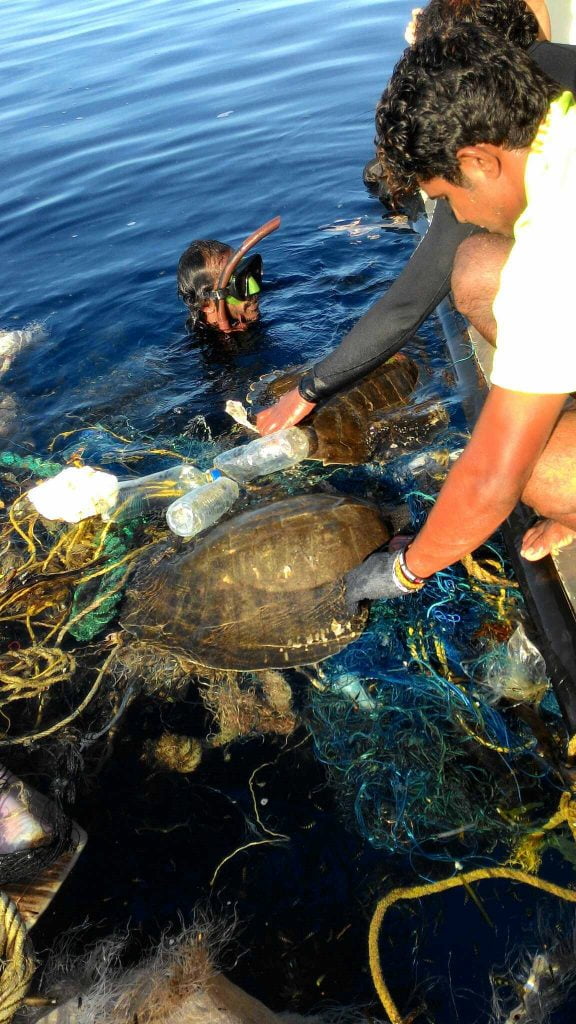 Human rubbish endangering Maldivian sea life When on a trip in Lhaviyani atoll, the Carpe Vita dive team noticed a net with a lot of rubbish floating on the surface. Upon closer inspection they discovered 4 green turtles trapped in the netting and some small fish. Unfortunately for 1 of the turtles the rescue came […]

Ghost net found on a reef in North Male 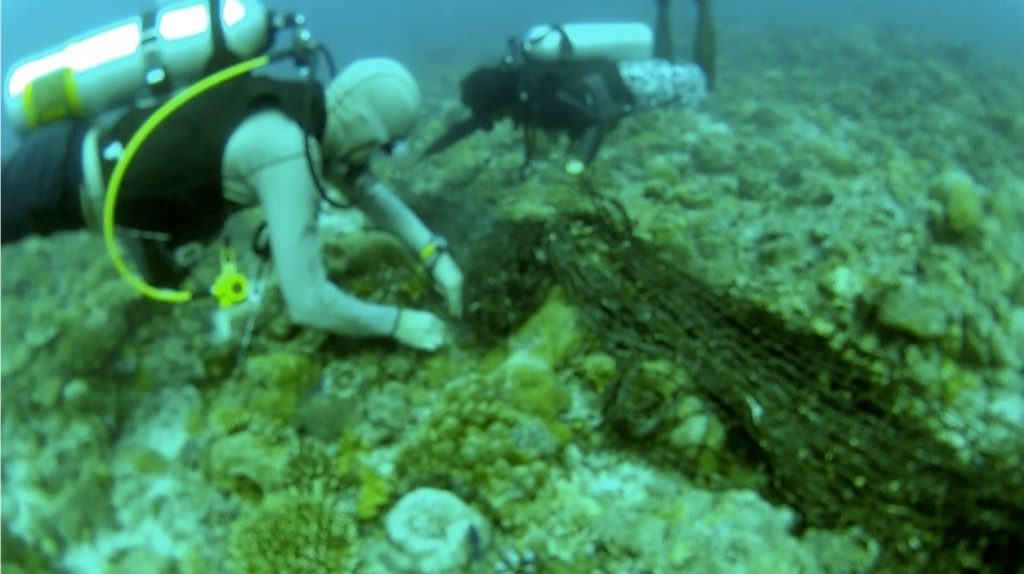 Ghost net found on a reef in North Male Biosphere expeditions organizes a yearly trip on the Carpe Diem and trains guests to become proper reef checkers. The data collected during the trip is used to monitor the state of health of certain reefs and its fish life. During one of the dives the team […] 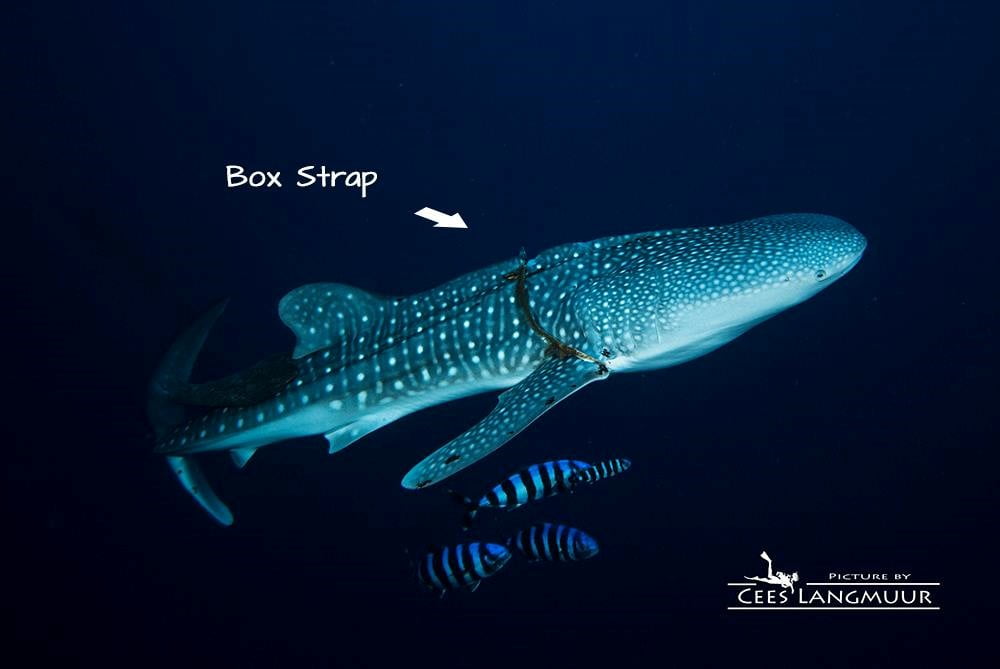 Rescuing a turtle from a ghostnet

Strucked Turtle On the way back on the dhoni to the main boat, one of our dive team spotted a head surfacing from the water belonging to a turtle. As the behavior looked strange and the turtle was not going down, they realized when approaching that the turtle was caught up in a ghost net. […]

SPINNER DOLPHIN CAUGHT UP IN A FISHING LINE AND FISH HOOK 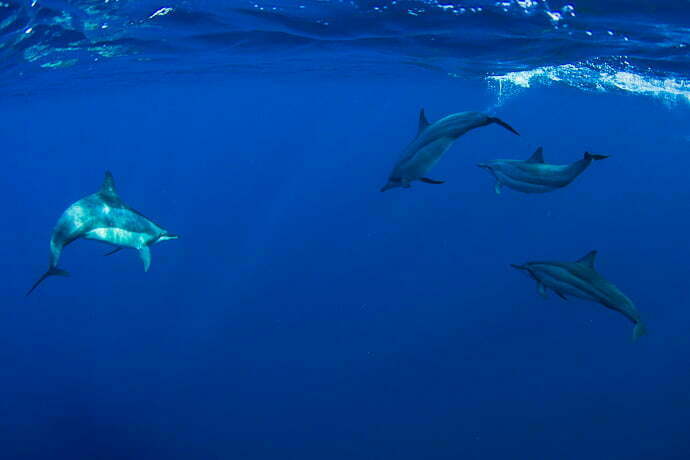 below the story we posted on Facebook a while ago Lost fishing gear can be very harmful to sea life In the Maldives it is very common for wild dolphins to come near the back of safari boats at night while hunting for fish, particularly when the flood lights are on which attract small fish. […]